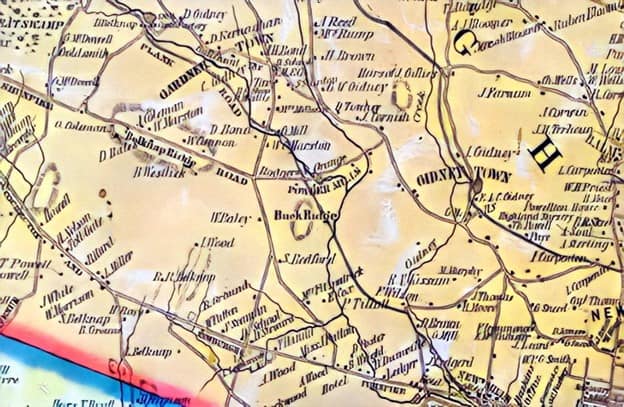 I believe most of you have observed the large buildings, most likely warehouses, being erected across from the Newburgh Mall over on Route 300. Kind of hard not to. But, do you know the original name this area was known by? Recently, a friend pointed out to me the original name, Buck Ridge, which is denoted on the 1850 map of this area.

The name suggests this wooded area was the home to many white tail bucks and was possibly good deer hunting. Digging about in the old records and newspaper articles, surprisingly there isn’t too much mentioned about this area other than it being a wooded forest, never developed, well that is until now.

The Town of Newburgh really didn’t experience a growth surge until the 1950’s. Homes were spread out and wooded areas common. Over the past six decades, more and more of our farmland and forested acreage has disappeared to make room for housing. And now, we’re beginning to see older homes fall prey to multi-unit housing to meet the public housing demand.

We’re also seeing areas cleared and graded upon which industrial buildings and structures are being erected. Our area is a crossroads for the northeast, with major interstate highways intersecting here and an airport capable of supporting major flight routes. Our close proximity to the metropolitan New York City area has led us to become a bedroom community. People can commute via the train lines daily. The cost of living here is less than closer to gotham.

Let’s not stray from the topic of Buck Ridge. This wooded section of our community is now being developed and we should just take a look at what it has contributed to us previously. The most significant record is of Alfred D. Stewart, who owned the land, taking advantage of a recent blight in the early decades of the 20th Century which destroyed all the chestnut trees, bringing in an automated shingle machine, which he powered with a gas engine, to convert the timber into shingles. Newspaper reports of the era indicate he was able to manufacture over a hundred thousand shingles. Anyone who has seen a home using this type of shingle for the roof or siding, knows they last for ages, with perhaps only an occasional treatment of linseed oil. 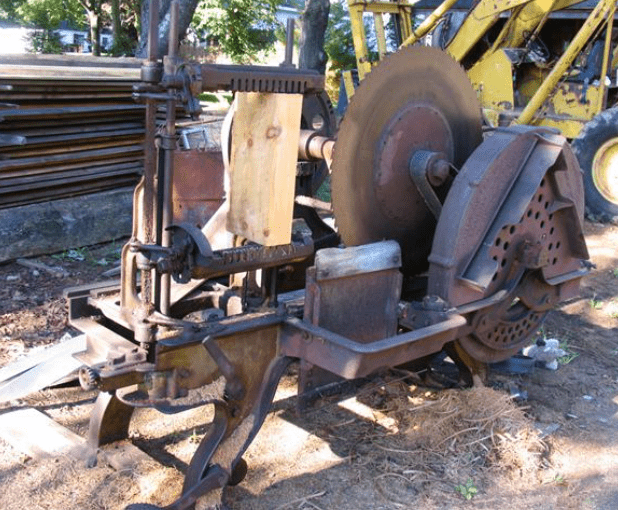 I grew up around equipment like this. If you slipped, you could lose a body part, or worse. Dad had a saw bench of this type for our Ford 8N tractor which ran off the power take off. It took a few people to make effective use of this. One or two feeding in logs, one pushing the log on the saw table into the blade, and one holding the end being cut off. It was ideal to cut a large amount of firewood in a relatively short period of time. The three point hitch of the tractor allow everything to be moved were the trees had been dropped. Fortunately we never had any mishaps and I was constantly reminded of how to position my body to remain safe. There were no guards or safety mechanisms like are required by OSHA today.

How many buildings in our community were shingled from these chestnut trees is unknown. I remember one barn which my father had helped shingle as a teenager with this type of wood shingle in the early 1930’s. Forty plus years later the roof was still intact and protecting the interior from rain water. The only material I know which lasts longer is slate.

So, now the forest has been cleared, the high points leveled, and the contour of the area shaped to meet current environment guidelines. The walls are going up, and the area will now have the ambience of an industrial park. There will be jobs available which will support our local economy and commerce will reign supreme. I’ll miss the old woods and secluded glens, populated with an abundance of wildlife, providing a serene area to in which to reflect and relax. 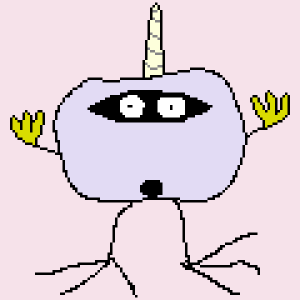