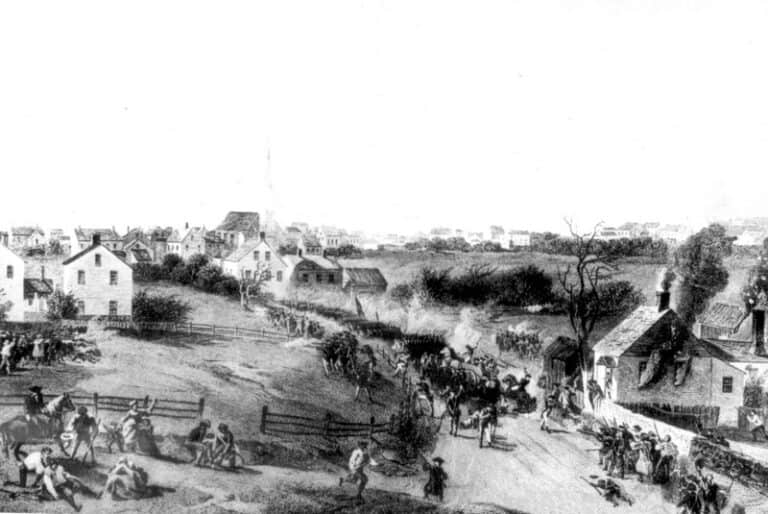 When Newburgh is discussed in the context of the American Revolutionary War, it usually concerns its role as General George Washington’s military headquarters or the threatened uprising of Continental Army Officers in 1783, known as the Newburgh Conspiracy. However, Newburgh also had a sizable Loyalist community, which is the focus of my master’s thesis. The thesis examines the community’s origin, analyzes its composition, explores its wartime experiences, and considers the Loyalists’ post-war exile in Canada.

Through my research I learned that the origin of Newburgh’s Loyalist community dates to the 1750s, when Anglicans and Protestants battled for control of the church glebe. A glebe was land owned by the church that was leased, with the income used to fund the church and the minister’s salary. Anglicans took control of the glebe in 1752, but they were challenged by Presbyterian-led dissenters during the 1760s and early 1770s. The religious division between Anglicans and dissenters carried over into the American Revolution, as Presbyterians were almost universally Patriots, while many Anglicans were Loyalists. About 25 percent of Newburgh remained loyal. The mostly Anglican Loyalists tended to be poorer than their Patriot counterparts and were often related to one another. Notable Newburgh families such as the Flewellings, Hardings and Purdys remained almost entirely loyal.

During the war, Newburgh’s Loyalists faced severe persecution as the town had a sizable Loyalists population and was in a region under constant threat of British attack. Patriots feared the large Loyalist community would compromise their ability to defend the town. Loyalists were regularly imprisoned in the county jail, or on prison ships in the Hudson River near Kingston. One Loyalist was executed, while another had his eyebrows shaved with a pen knife, was tarred and feathered, and then was paraded through the streets on horseback with a sign affixed to his head saying “Look yo Tory Crew, and see what George your King can do.” As a result of this persecution, many Loyalists fled to British-occupied New York City where some joined provincial units. They frequently served as recruiters and army guides in the countryside, due to their knowledge of the local area. After the war, many of Newburgh’s Loyalists chose to go to exile in Canada rather than return to their homes. Most settled in the Canadian province of New Brunswick, where they helped create a new society. Newburgh’s former Anglican Minister, John Sayre, founded one of the first Anglican parishes in the province. Many of the Loyalists maintained community connections by settling near one another.

My first stop after beginning this project was the Newburgh Historical Society archives. The records of the 4th Ulster County militia was important for my research, as it allowed me to see how loyalties fluctuated during the war. Some men who were willingly involved with the militia at the beginning of the war eventually changed sides and supported Great Britain. Conversely, there were those who initially supported the crown but became active members of the militia as war progressed.

The archives also contained valuable records concerning the religious history of early Newburgh. There were publications of baptisms and marriages of the New Windsor Presbyterian Church, as well as transcribed vestry minutes from St. George’s Episcopal Church in Newburgh. Both helped me recognize the strict religious divisions of eighteenth-century Newburgh as well as its influence on residents in determining wartime political loyalty. The records of St. George’s also included writings of Reverend John Sayre, further providing insight into the religious history of Newburgh.

After leaving the archive, I continued to pursue records from these two churches, and was able to examine the original New Windsor Presbyterian Church records, as well as forgotten eighteenth-century church records at St. George’s. I even ordered microfilm form London containing the writings of two of Newburgh’s Anglican ministers. Without my initial findings in the Newburgh Historical Society archives, I might never have recognized the importance of religion on the American Revolution in Newburgh.

Kieran O’Keefe grew up in Newburgh before later moving to Montgomery. He is now a history graduate student at the University of Vermont, and his master’s thesis examines Newburgh’s Loyalist community during the American Revolution. A copy of his thesis will be available in the library for future reference. 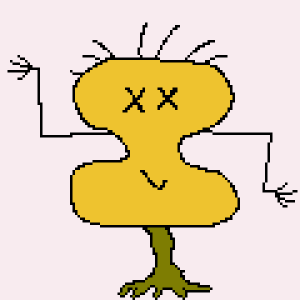 Kieran J. O'Keefe earned his PhD in History from The George Washington University in Washington, DC. He is currently working on his book manuscript, tentatively titled “Suffering for the Crown: The Hudson Valley Loyalists, Violence, and Forced Migration in Revolutionary North America.” This study explores how violence and forced migration to Canada shaped Loyalist communities during and after the Revolutionary War. During the 2021–22 academic year, Kieran will be the postdoctoral fellow in Revolutionary Era studies at Siena College’s McCormick Center for the Study of the American Revolution.
All Posts »
PrevPreviousThe Robinsons of Newburgh – by Newburgh City Historian Mary McTamaney
NextThe “Acceptable Losses” at Orange Mills (aka Algonquin Park): by Joe SantacroceNext