The “Acceptable Losses” at Orange Mills (aka Algonquin Park): by Joe Santacroce 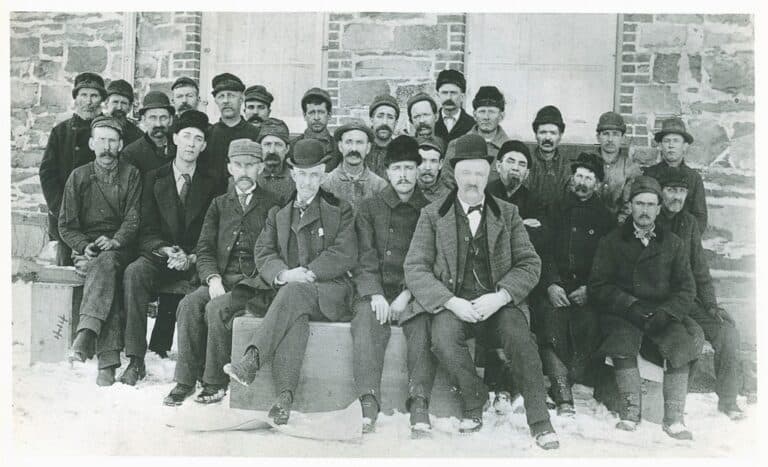 The Department of Labor was formed in March of 1913. Its purpose was to help workers, job seekers, and retirees by creating standards for Occupational Safety, wages, hours, and benefits. (1) The Occupational Safety and Health Administration (OSHA) was not created until 1970. It seems that the safety and health of workers, the backbone of the Industrial Revolution, were of little concern in the 19th Century. In 1892 then U.S. President Benjamin Harris stated, “American workmen are subjected to peril of life and limb as great as a soldier in time of war”. (2)

The Bureau of Labor Statistics (BLS) began reporting and publishing new developments in accident prevention, but it was not until after World War I that BLS began to give special attention to workplace accidents and sickness. (3) By the end of the 19th century some estimates put the number of work-related deaths in the US at 35,000 annually. In the early 20th century, the trend in work-related death rates began to improve. According to Marian L. Tupy, editor of HumanProgress.org and a senior policy analyst at the Center for Global Liberty and Prosperity, this trend in workplace deaths can be attributed to “Labor union activism, including strikes and protests, has been traditionally credited with making the workplace safer. But improving working conditions cannot be divorced from the overall improvement in the standard of living. The massive economic expansion in the second half of the 19th century, in particular, tightened the labor market, and workers started to gravitate toward more generous employers. It was only after a certain critical mass of workers achieved more tolerable working conditions that more general workplace regulations became imaginable and, more importantly, affordable”. (4)

Rewind to 1869 to what today is known as Algonquin Park in the Town of Newburgh. Once the site of production of gunpowder where in 1894 they peaked at nearly 2 million pounds of powder as Orange Mills (5). The park has been a favorite for many in the area and to those of us who grew up spending a great deal of time at the park with little clue to its history as a producer of gunpowder for majority of the 19th century. The remnants of stone buildings still exist in various conditions that as much as any structure bring meaning to the old adage: “If these walls could talk.”

The walls of the various buildings are thick and are open on one side. This is reinforcement in the event of an explosion and to direct the blast out of the open side to prevent other buildings from being blown up at the same time. This does nothing to protect the worker. However, the Round House (Witch’s Castle \ Washroom) and the Superintendent’s Office and Carpenters Workshop across the street are rounded to deflect the concussion of any blast.

John Waller from Monticello had visited a friend (actually his brother-in-law David Lounsbury) who lived in the vicinity of the Mill “in which many of his boyhood days were passed.”(6) Mr. Waller produced a book in 1869 which provides the history and operations of the mill along with the details surrounding workplace-related deaths that occurred up to that time. Mr. Waller noted that annually there were 25 to 30 workers and states that there were “only 29 persons killed” in the 54 years in operation up to that point. He further notes that this is nothing compared to the Erie Railroad and that “the business is as safe if care be observed, as any other manufacturing establishment; when, however, the mischief is done it is done as quick as the powder can do it.” Mr. Waller further notes that it is the healthiest business anyone has ever worked at as no one had died from disease who worked there. One cannot read this without staring at his incredulous statement: “There has hardly been an average of two deaths in a year, and those were blown up.” (6)

Note: There is no reference data provided in Mr. Waller’s book to validate the details surrounding each of the explosions and deaths. However, several have been cited in other publications and news articles. The detail that is provided including dates and names help lend credence to the claims. The premise here being one is too many.

Summary of Explosions and Deaths as per Mr. John Waller as of 1869

It is difficult to imagine, even if we could go back in time and understood the risks of working at such a place, that their families would benefit from the knowledge of only an average of fewer than two workers killed per year and find that somehow comforting. It is known that additional deaths occurred after the date this book was published. In the few documented cases, the blame is laid on the employee with no liability to the owners of the mill. The workers may have been treated well and most likely quite happy to have the job including a number of long-time employees. It seems as though workers were in essence nothing more than another expendable resource in the production of the powder as in other industries during the time period.

On January 19, 1895, history was repeated with the only known explosion of the Corning Mill killing Thomas H. Condon. What makes this explosion somewhat different from the others is it sheds light on the human factor in the form of a Coroner’s Report detailing the tragedy. It is also fully documented with witness statements from several other workers including 5 to 15-year employees of the mill.

The explosion occurred at approximately 10:40 am. From the witness statements, the employees ran to the site of

the explosion and found Mr. Condon with clothes on fire approximately 25 feet away from the building. They removed the burning clothes and together carried Mr. Condon to the Superintendent’s Office (Carpenter’s Shop) which is now the historic home of Jill Enfield and Richard Rabinowitz on the other side of Powder Mill Rd. They called for the Doctor (L. A. Harris). Dr. Harris stated upon his arrival he found Mr. Condon wrapped in blankets and “writhing in pain and agony”. He stated he knew he would not survive long and gave him “medicine hyperdermically”.  Dr. Harris and the others stayed with Mr. Condon until he passed around 12:30pm.

He further stated in his statement that the skin on Mr. Condon’s face was “utterly burned off” and to be “so disfigured from powder to be almost unrecognizable”. A deep cut in his forehead was sufficient to cause fracture, a fracture of the right knee, and general burn over his body causing skin to hang in shreds and burned inwardly from inhaling flames of burning powder. “Either of which was sufficient to cause death”. The statements from the other witnesses echoed that of Dr. Harris. They each assisted Mr. Condon and helped to carry him to the Carpenter Shop.

Whether or not Thomas H. Condon had family, where he is buried, or other information about the man is not currently available. He is just one example of many that occurred at the site. His death provides insight into the risk associated with this type of work but also the attitude of employers and the country as a whole where production was important and perhaps the lives of workers were not so important. Certainly, the other workers were devastated by these explosions. They probably also worried that they would be next. They knew the risks but needed the work.

There was no Bureau of Labor Statistics, no Occupational Safety and Health Association, no inspections, and plenty of blame to go around.

From what little documentation exists it is the worker’s fault. As with the May 1856 explosion killing “Big Charley” Quistine, “The accident is attributed to the carelessness of the unfortunate man”. The verdict in the Thomas H. Condon death was that the cause of the explosion was “unknown”.

Yet after hearing the evidence it was concluded that “the evidence do exonerate the company from all blame”. After almost 100 years of operation and more than 29 deaths, no one was held accountable that we know of. As we all walk around this beautiful park today, perhaps we can give some remembrance both to the history and to the lives lost, which were NOT acceptable. 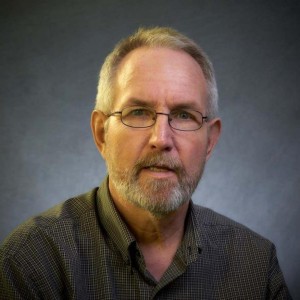 Joe Santacroce (Retired) worked as an Implementation Manager for a software company and former Town Historian. He has completed several documentary films on subjects of interest related to Newburgh and the Hudson Valley which are available here on the blog, YouTube, and Vimeo.
All Posts »
PrevPreviousNewburgh’s Loyalist Community: by Kieran J. O’Keefe
NextThe John Robinson Cemetery: By Alan CrawfordNext